"Funny" actors/comics/etc. you just don't "get." 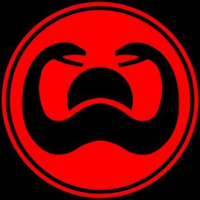 breamfisher Senior MemberPosts: 6,292 Senior Member
March 2013 in The Lodge #1
Rather than derail fishingcomic's thread with a statement about Jim Carrey, I figured I'd start my own thread....

Jim Carrey is one of the supposed funny guys I just don't get. To me, he's basically a one-act wonder: rubber-faced guy who goes for over-the-top slapstick. I really don't find his movies to be that funny, and quite honestly the last things I saw him do that I thought were good were the Vera DiMilo and Fire-marshal Bill skits on "In Living Color."

Will Ferrell: again, a one-trick pony. Funniest bit he did was as Alex Trebeck on "Celebrity Jeopardy." Otherwise, his clueless act gets boring for me, fast.

Ben Stiller: yeah... Haven't been impressed with him since "The Ben Stiller Show." Comedy seems too forced, kinda only has one act.

Steve Carell: Yeah, one of those, too.

Am I missing something on these guys? Don't get me wrong, I like good comedy. Mel Brooks can basically do no wrong by me. Dom DeLuise was great other than "Best Little Whorehouse in Texas" which suffered because it was a musical (hates them I does), Harvey Corman and Tim Conway, together or apart were excellent. And let's not forget the 3 Stooges and Abbott and Costello. But a lot of the more modern comedians have a humor that escapes me. Am I missing something?
0 · Share on TwitterShare on Facebook