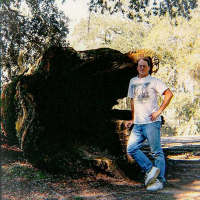 FishTX Super ModeratorPosts: 9,006 Senior Member
February 2013 in The Lodge #1
O.K. gurus. What focal length/s should I be thinking about? Around the 12th and 13th of March, it should be near the waxing, crescent moon. The Photographer's Ephemeris tells me the moon will set at 277 and 282 degrees (for my latitude), so I'm thinking about foregrounds and where to set up the camera.

I'll be pissed if the weather is cloudy. I took a trip with a friend to get away from the city lights to see Halley's comet. It was cloudy. Back in the city it was freaking clear. I'll be dead or 100y.o. in 2061. If I'm alive I might not give a rat's behind by then.
"We have to find someone who can not only fly this plane, but who didn't have fish for dinner."

Crooow:This music would work better with women in bikinis shaking all over the place. I guess that's true of any music really.
0 · Share on TwitterShare on Facebook
«12»