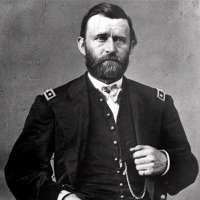 There is no reason now to be a skeptic about steadily increasing temperatures, Muller wrote recently in The Wall Street Journal's editorial pages, a place friendly to climate change skeptics. Muller did not address in his research the cause of global warming. The overwhelming majority of climate scientists say it's man-made from the burning of fossil fuels such as coal and oil. Nor did his study look at ocean warming, future warming and how much of a threat to mankind climate change might be.

"Greenhouse gases could have a disastrous impact on the world," he said. Still, he contends that threat is not as proven as the Nobel Prize-winning Intergovernmental Panel on Climate Change says it is.

'I've spoken of the Shining City all my political life. …In my mind it was a tall, proud city built on rocks stronger than oceans, windswept, God-blessed, and teeming with people of all kinds living in harmony and peace; a city with free ports that hummed with commerce and creativity. And if there had to be city walls, the walls had doors and the doors were open to anyone with the will and the heart to get here. That's how I saw it, and see it still.'" Ronald Reagan
0 · Share on TwitterShare on Facebook