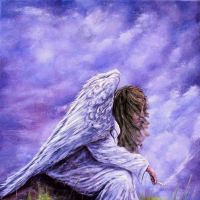 Well I have a couple theories...but will see how close when the FBI solve it.

I think that when these pipe bombs showed up at leading Democrats and CNN---everyone drew a mental picture of some unshaven guy in Florida wearing a wife beater t-shirt and MAGA hat---in his garage---making and mailing the hit list.

This is too easy for me---2 weeks out from an important election---why now?
If you've hated Dems and the like---you've hated them for some time---why do this now and swing votes?
And have made victims out of leading Democrats without inflicting a scratch (soiled underwear excepted)

Just seems too neat and Tidy---Cannot see a Trumpian jeopardizing this so close to the mid-terms? (But Admit to crazy people being out there)

An extreme left wing org.---trying to swing the vote without hurting anyone.
Knowing the Trump rally bashing that goes on---it's not a stretch to manipulate this
How do you know "out there" environmental or immigration groups want to control Congress to stop Trump's careless ways with removing restrictions or applying draconian measures?

The US has been losing friends around the world-with Trump's behavior
How do you know another state actor...Russia...China...Iran was not behind this? (Note the spelling errors)
Again with the goal of slowing the orange one down?

I guess we'll see where it eventually goes???